Star of Anise written by Jane Jolly, illustrated by Di Wu and published by National Library of Australia Publishing is a 2022 CBCA Notable book in the Picture Book of the Year category and brings to life a slice of Australian history from the 1850s that is lesser known. This gentle story is set in […]

We Are Australians written by Duncan Smith and Nicole Godwin with paintings by Jandamarra Cadd and published by Wild Dog Books is an absolutely stunning picture book. The utterly moving, poetic and emotive text coupled with sublime illustrations provoked a visceral reaction for me. I had goosebumps while reading this breathtaking book. This is a […]

The Sweetest Egg of All

The Sweetest Egg of All by Helen Milroy, a descendant of the Palyku people of the Pilbara region of Western Australia and published by Magabala Books is the third book in the Tales from the Bush Mob series. The Bush Mob is a group of birds and animals who live in outback Australia. They enjoy […]

Somebody’s Land: Welcome to Our Country by Adam Goodes, Ellie Laing and illustrated by David Hardy is the first picture book in what is to be a series that will include five books. This is a celebration of Aboriginal and Torres Strait Islander peoples, the traditional custodians of the land and the gifts that are […]

The First Scientists – Deadly Inventions and Innovations from Australia’s First Peoples by Corey Tutt, STEM advocate and founder of Deadly Science and illustrated by Blak Douglas shares Australia’s First peoples awe inspiring scientific knowledge and experience. We are privileged to be able to learn from the oldest continuing culture on earth. This book written […] 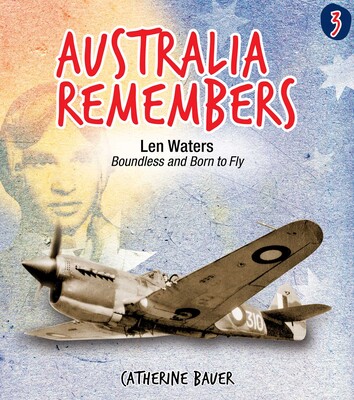 Heroes, Rebels and Innovators: Inspiring Aboriginal and Torres Strait Islander People from History by Karen Wyld and illustrated by Jaelyn Biumaiwai contains seven powerful and engaging stories about Aboriginal and Torres Strait Islander men and women from the early contact era. Each story is told in two parts. The first is lyrical (written in verses, […]